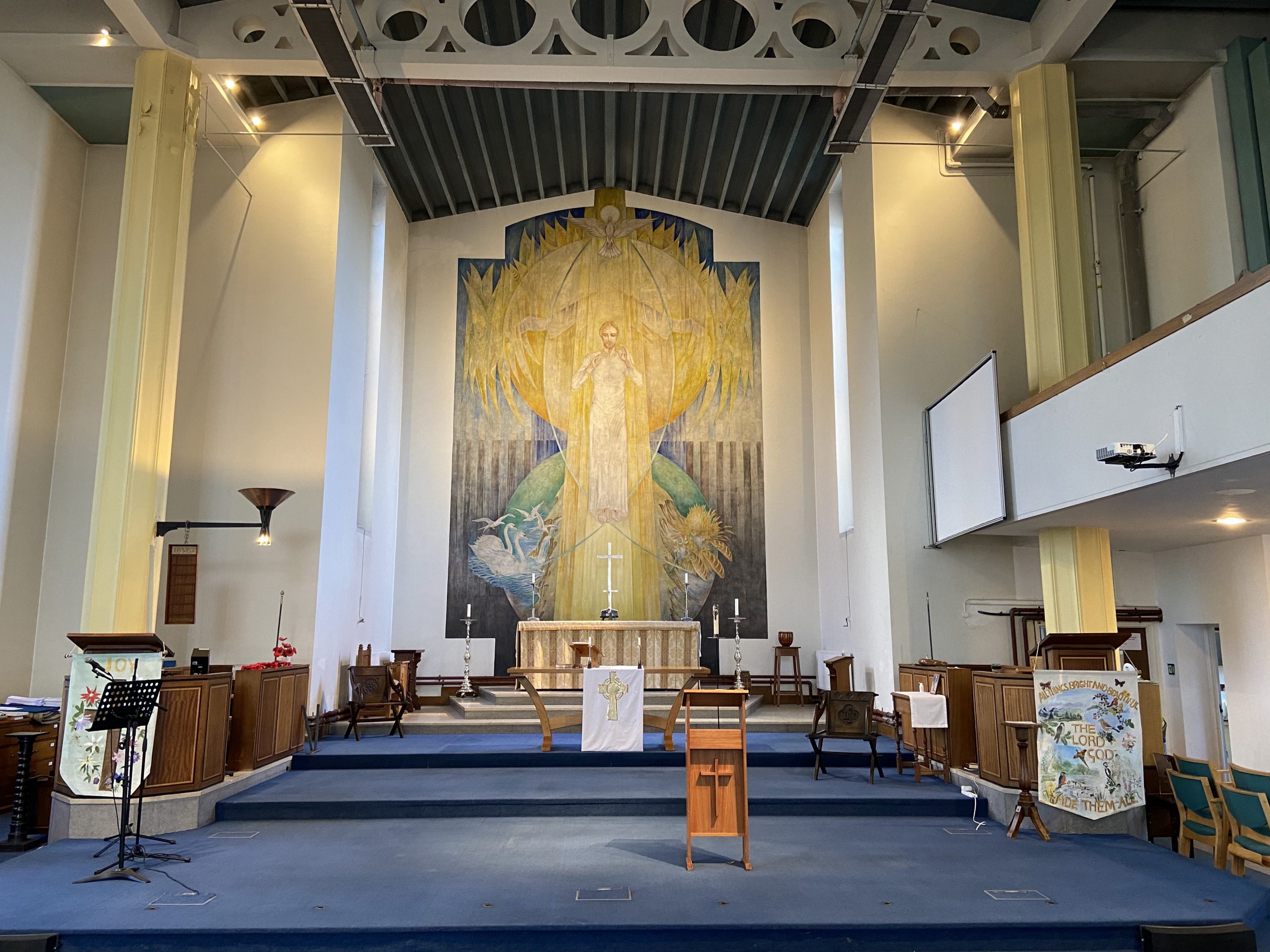 Come and join us for hot Cross buns and coffee at St Cuthberts Church at 12:30pm. At 1:30 pm we will walk down to the Church Of The Annunciation, South Kenton and spend the last hour at the cross in prayer reflection and worship.

The Church of the Annunciation is on the site of 194 Windermere Avenue HA9 8QT.

Come and join us this Easter as we share the extraordinary story of Jesus being resurrected from the dead. The story of the son of God that has change the world and continues to change the world.

Early on the first day of the week, while it was still dark, Mary Magdalene came to the tomb and saw that the stone had been removed from the tomb.2So she ran and went to Simon Peter and the other disciple, the one whom Jesus loved, and said to them, ‘They have taken the Lord out of the tomb, and we do not know where they have laid him.’ 3Then Peter and the other disciple set out and went towards the tomb. 4The two were running together, but the other disciple outran Peter and reached the tomb first. 5He bent down to look in and saw the linen wrappings lying there, but he did not go in. 6Then Simon Peter came, following him, and went into the tomb. He saw the linen wrappings lying there, 7and the cloth that had been on Jesus’ head, not lying with the linen wrappings but rolled up in a place by itself. 8Then the other disciple, who reached the tomb first, also went in, and he saw and believed; 9for as yet they did not understand the scripture, that he must rise from the dead. 10Then the disciples returned to their homes.

11 But Mary stood weeping outside the tomb. As she wept, she bent over to look into the tomb; 12and she saw two angels in white, sitting where the body of Jesus had been lying, one at the head and the other at the feet. 13They said to her, ‘Woman, why are you weeping?’ She said to them, ‘They have taken away my Lord, and I do not know where they have laid him.’ 14When she had said this, she turned round and saw Jesus standing there, but she did not know that it was Jesus. 15Jesus said to her, ‘Woman, why are you weeping? For whom are you looking?’ Supposing him to be the gardener, she said to him, ‘Sir, if you have carried him away, tell me where you have laid him, and I will take him away.’ 16Jesus said to her, ‘Mary!’ She turned and said to him in Hebrew, ‘Rabbouni!’ (which means Teacher). 17Jesus said to her, ‘Do not hold on to me, because I have not yet ascended to the Father. But go to my brothers and say to them, “I am ascending to my Father and your Father, to my God and your God.” ’ 18Mary Magdalene went and announced to the disciples, ‘I have seen the Lord’; and she told them that he had said these things to her.

Coffee available in church from 10:30am

We will be operating under all the rules and regulations.

You can also watch the service online by clicking watch live

or by using the detils below

If you want to find out about other Zoom events please email admin@stcuths.org

Each Thursday morning before Memory Cafe we have an informal communion service.

Everybody is welcome as we sit around the table and use traditional liturgy and have a reflective time of prayer,

Bible reading and holy communion together.